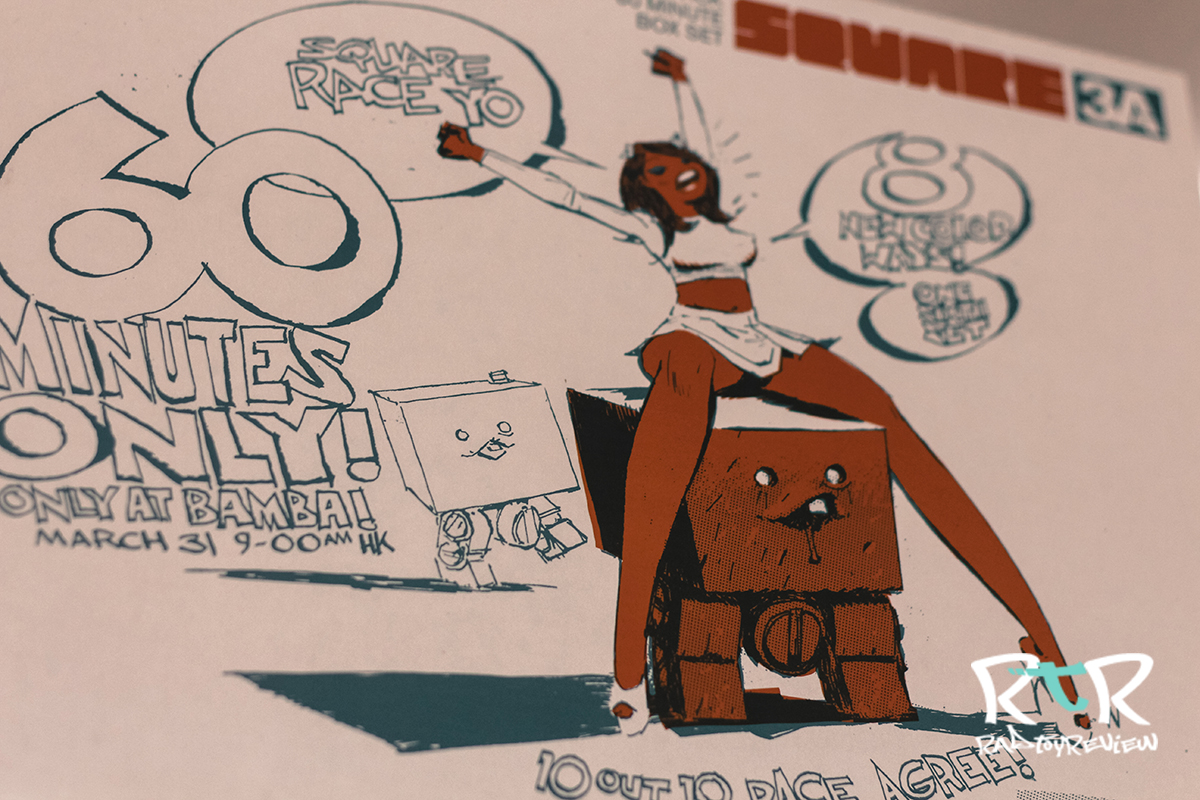 This little write up isn’t going to be so much a review as it’s a quick overview of a recent release that just arrived at my doorstep.

Ashley Wood’s WWR Square design is one of, if not the most iconic toy designs from the artist. As a supposed last hurrah to celebrate the love many have for the little fellah, 3A released a limited 60 min sale of this great 8 pack in what is meant to be the last time we see 3A/Ash post a classic WWR Square for sale.

Ash has changed his mind in the past, but if these really are the last of their kind.. they’re leaving on a pretty good note! The new designs are not tied to previously existing World War Robot factions as in the past.. ie: Iron Panda, Emergency, Medic, JEA.. but instead seem to be pulled from creative thin air, loosely tying into things most of us have no previous knowledge of. All in all, I love the set. It’s bright and colorful and it’s hard not to love that toothy grin.

Here’s a few more pics to enjoy! You can view the full gallery over on our facebook and flickr pages! 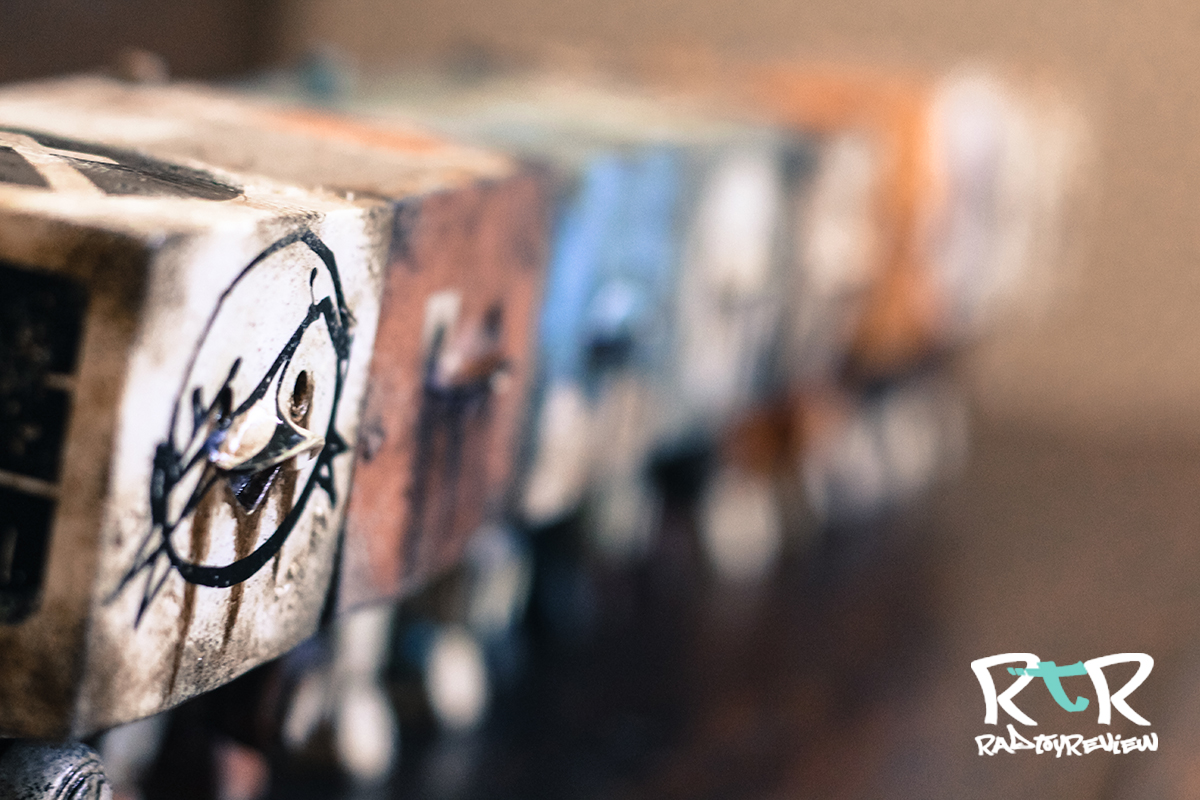 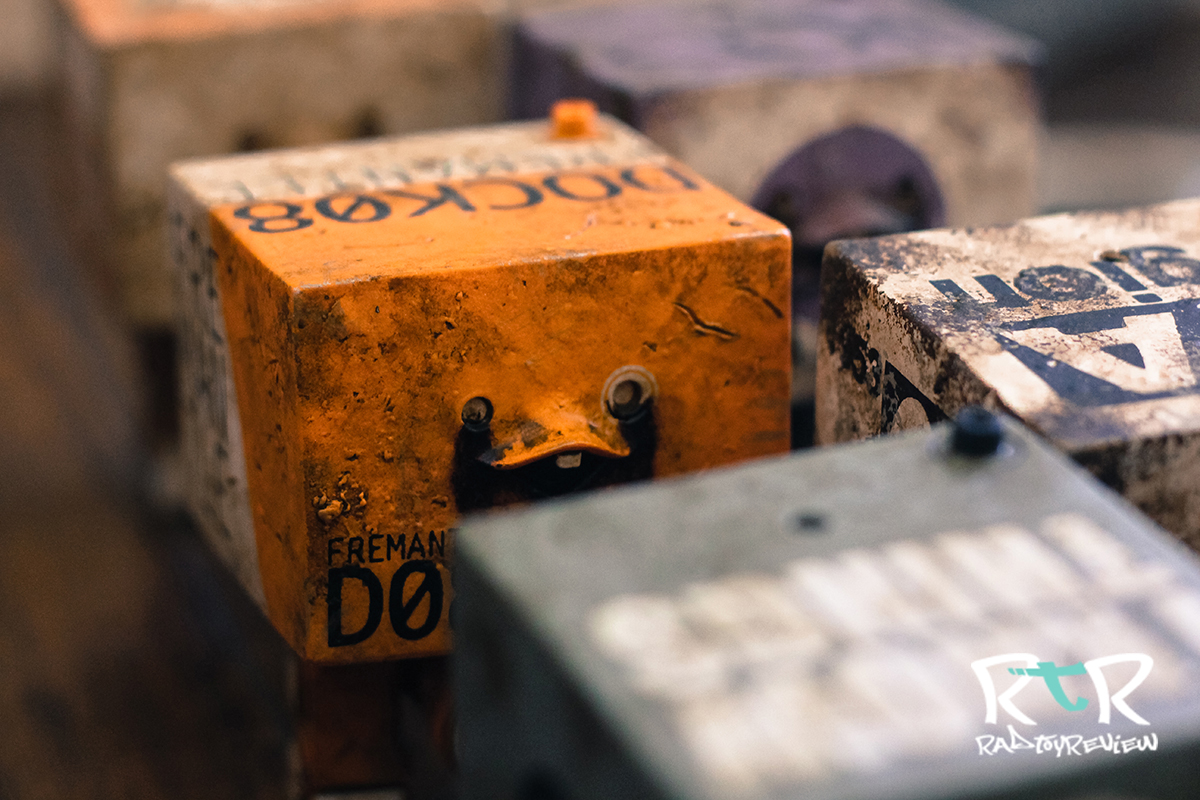 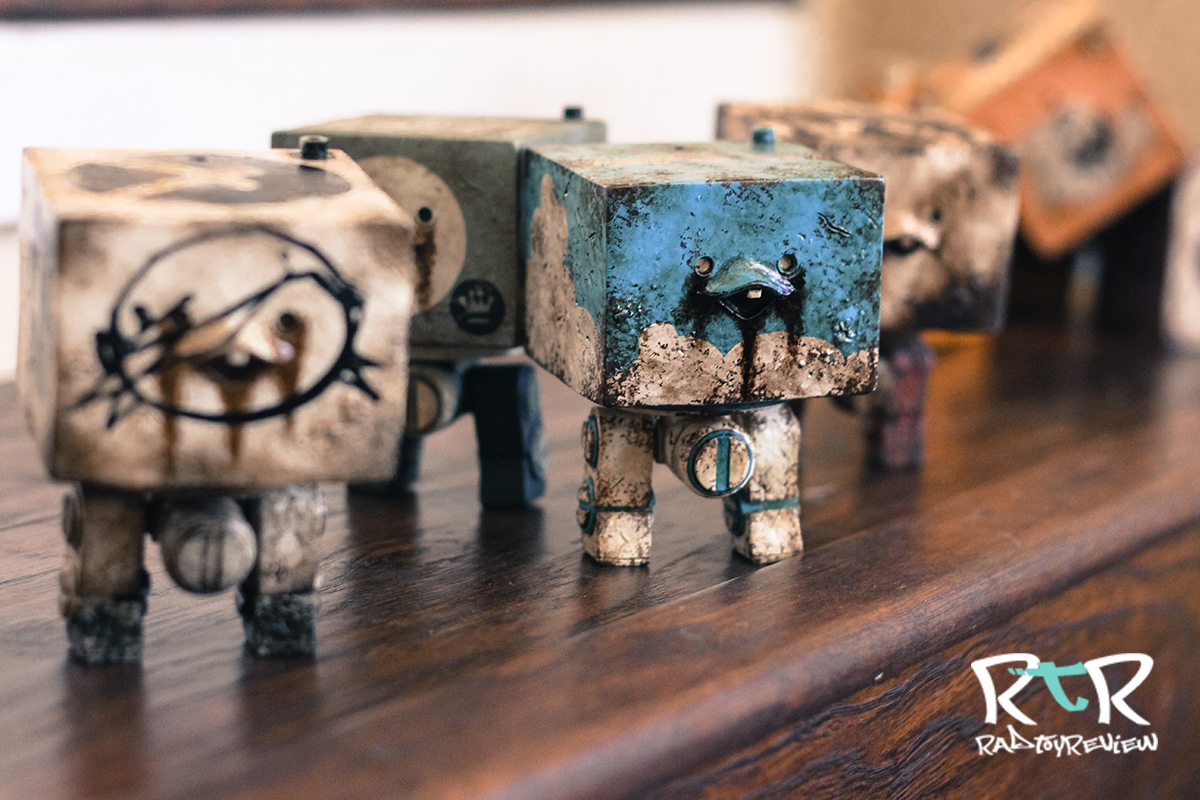 ThreeA, to me, has always been about robots. Even now, with all their Tomorrow Kings, Tommy Mission, Zombs and pointy chested, long legged vixens, big ol’ rusty robots are the first thing that pops into my head whenever the toy company comes up. It was in fact a random image of a WWRp Dirty Deeds Bertie that first caught my attention and led me, cash clinched in hand, to ThreeA’s doorstep. A few purchases under my belt later, still wide-eyed and bushy tailed as one tends to be when their toe is first dipped into ThreeA waters, I set out with the seemingly obtainable goal to get one of each kind of bot in my collection. At first, I was keeping to the smaller, more obtainable bots thinking the larger bot were just too expensive for someone like me who planned to only be a casual collector with a tidy, reasonable collection. Ha! If I only knew then what I know now.

A month or so into my earnest collecting, I accidentally purchased a incredibly well priced, WWR Dropcloth Slaughterhouse. At the time, I didn’t have a solid understanding of the various labels 3A tossed on their various lines, so the lack of the letter “p” generally tagged on the end of the “WWR”, escaped my notice. I foolishly believed it to be another 1/12th bot given the reasonable cost.

Foolishly or not, when the dual hatchet wielding, 1/6 bot arrived on my doorstep, I was thrilled. While a WWRp Bertie reeled me in, it was definitely a WWR Droppie that truly sunk it’s hooks in. Dropcloths were and still are my favorite robots from ThreeA’s arsenal of cool toys. They’re just so pose-able and fun to play around with. Also, their reasonable scale makes them easy to collect and display with a variety of other sized figures. I’ve rotated out, bought and sold quite a bit of my collection over the years for one reason or another, but I have one bot that is securely locked into my “if there was a house fire, grab that” mental category, the WWR EMGY Dropcloth.

In my opinion, he’s simply the coolest looking bot I own, standing front and center on my shelf.

The EMGY colorway is understandably popular. In many cases, it’s rarity seems to be the driving point. But for me, it’s the stark use of  rusty yellow paired with dark black, silver and most importantly, red. Since the first EMGY WWRp bertie (speaking of rare), the EGMY color-way has gone through various changes. Newer bots, like Caesar and particularly Armstrong skipped the red accents altogether. It might seem like such a small thing, but in my opinion, it’s absence caused the newer bots to come out looking a lot less exciting than the original. Even the EMGY grunt, which I think is just a sick figure to have, lacks basically any other color accents at all, leaving him with a color scheme an interior designer might refer to as, “the dirty banana”.

When ThreeA teased us with the first Dropcloth follow up back at SDCC 2012, the Dropcloth 1.5, I was pretty excited.  When it was announced that the EMGY color-way would be among the first available, I was even more excited. Once I saw that the paint app would be a return to EMGY glory days (ie: reds, blacks and silvers) I may have fist pumped the air, shouted, “YEAH BABY!” and held that pose for moment, freeze frame style, in true 80’s tradition.

ThreeA once again made the EMGY drop a random “rare” drop, despite it’s popularity. On the plus side, it was a rare drop seemingly far more obtainable than any other I’ve experienced. In fact, the first time I logged onto bambaland during the sale (which featured Peaceday as the regular drop) I saw EGMY up and purchased him with little fuss. Almost every other time I checked the site, he was still there. I like to think that whoever wanted him at the time had a pretty good opportunity to snag him.

With my personal EMGY history deets out of the way, I am thrilled to finally have EMGY 1.5 in my hands. Keep reading to see how well I think  he stacks up to the OG.

Today’s wallpaper is from William Chiok! You can check out more of his stuff on instagram @ williamchiok76.

If you’d like to contribute to Wednesday’s Wallpaper of the Week, send us your images and a little info about yourself to radtoyreview@gmail.com.