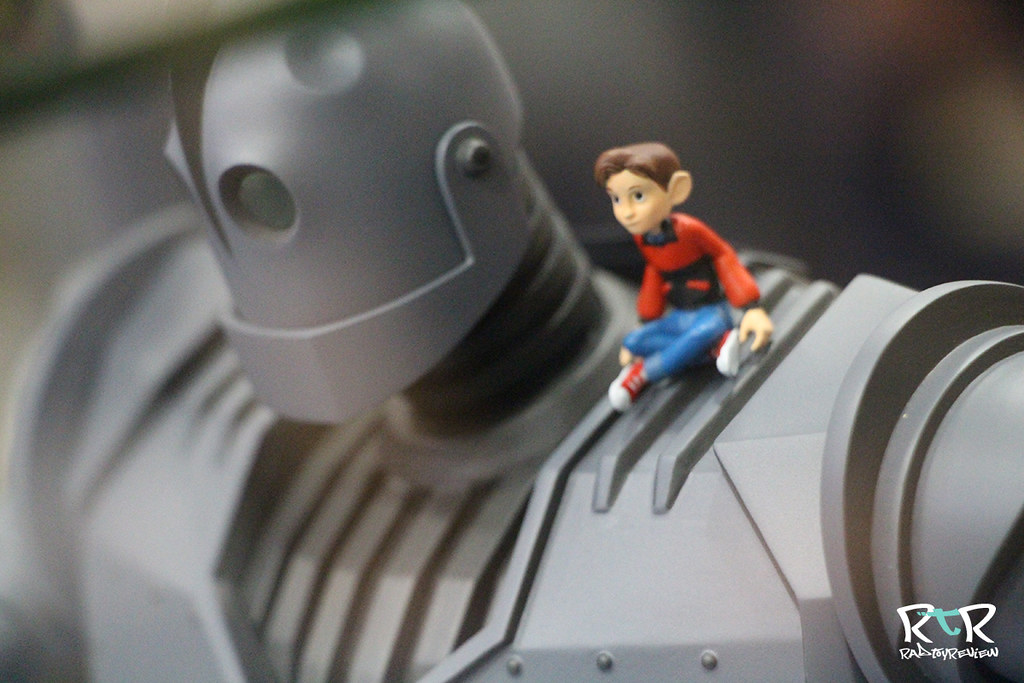 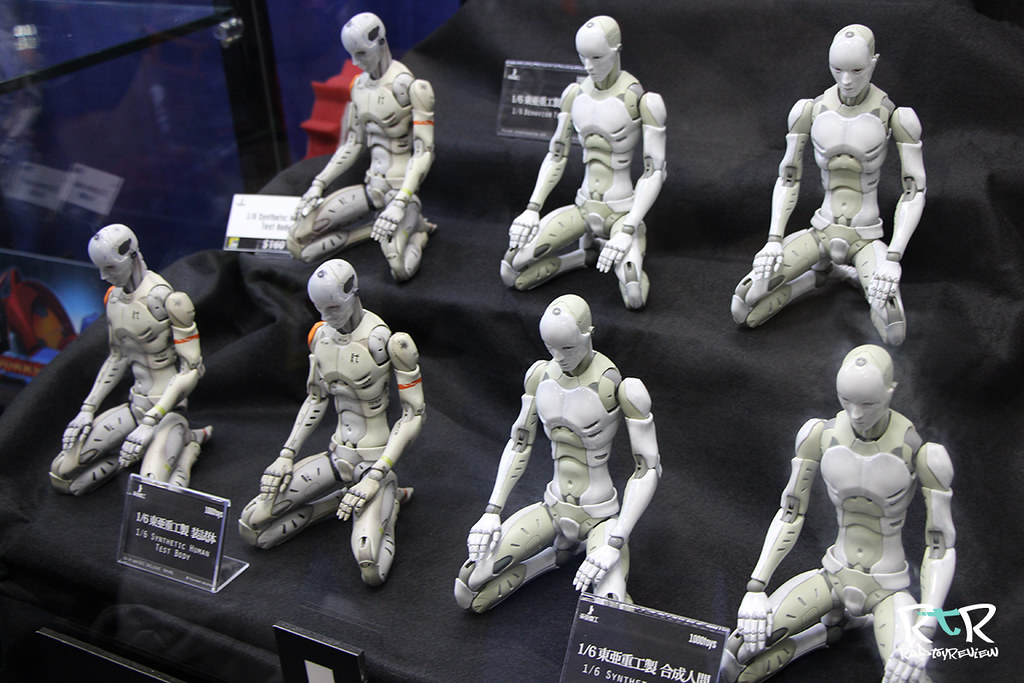 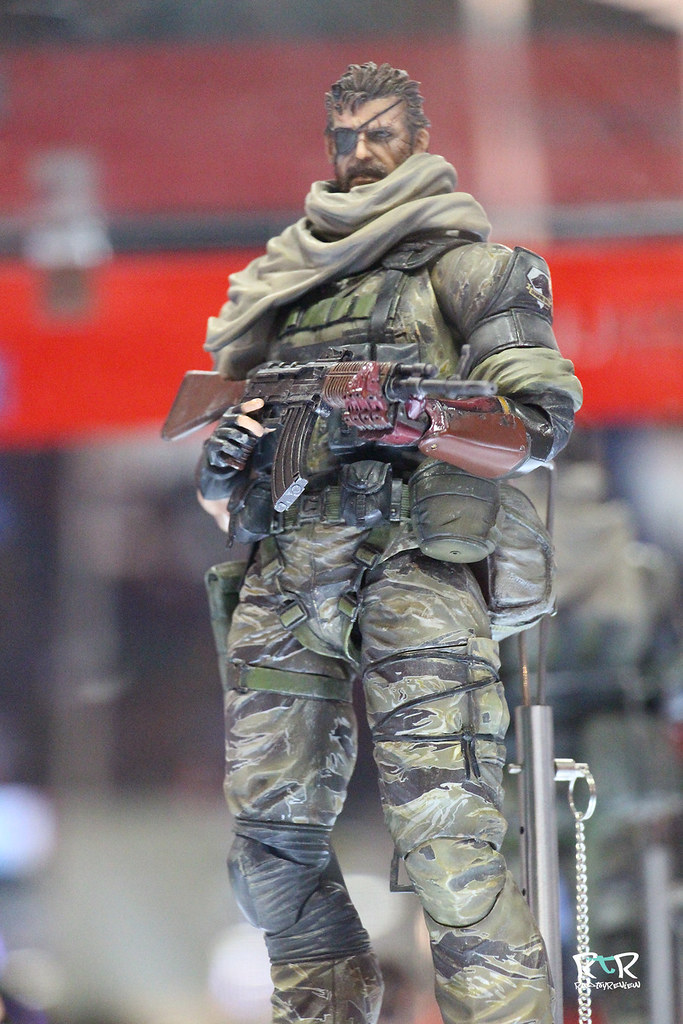 As usual, I was blown away by Sideshow’s booth and probably stopped by at least once each day just to RE-see their awesome display. This may be the year that I actually pre-order one of their statues. Catwoman is hot.. but Batgirl is just beautiful! 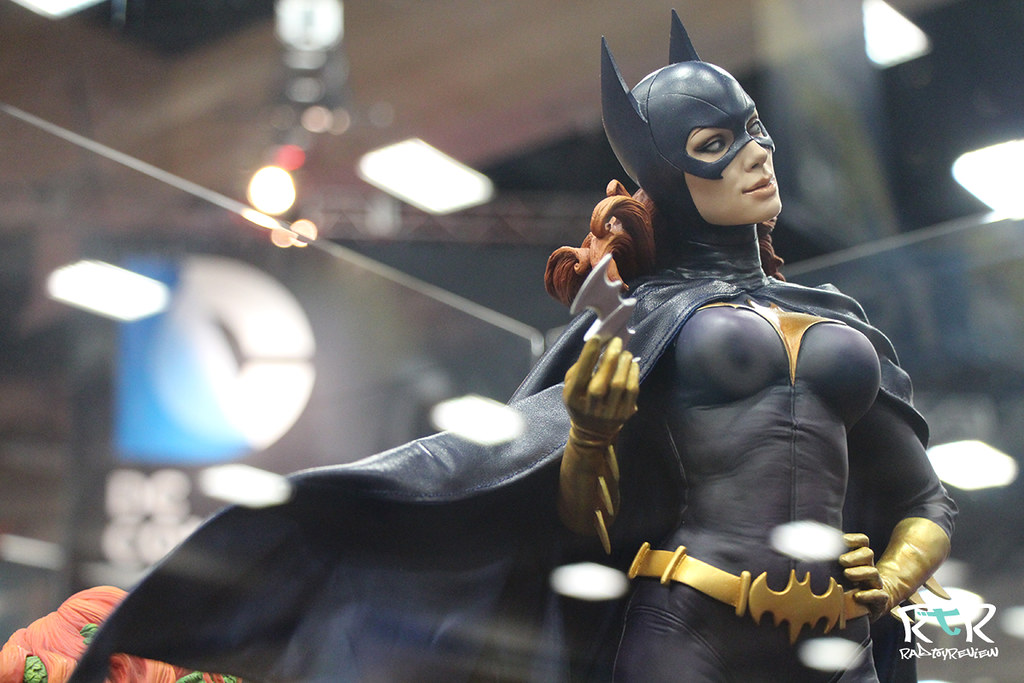 I was also lucky enough for them to let me play around with the prototype of their very impressive 1/6 scale Starcraft Marine, Raynor.. the impressive detail and articulation on him is going to make a lot of collectors very happy. 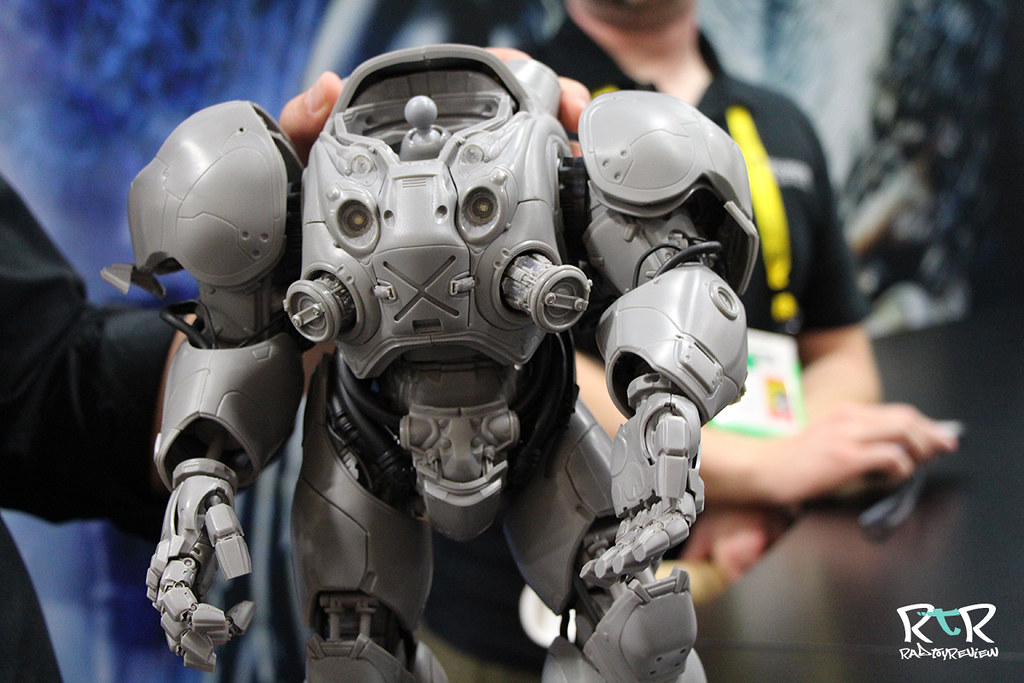 Probably the figure I’m most excited about from Sideshow/Hottoys this year is the classic brown suit Wolverine. The details Sideshow packed onto him are great.. steel toe boots and all. 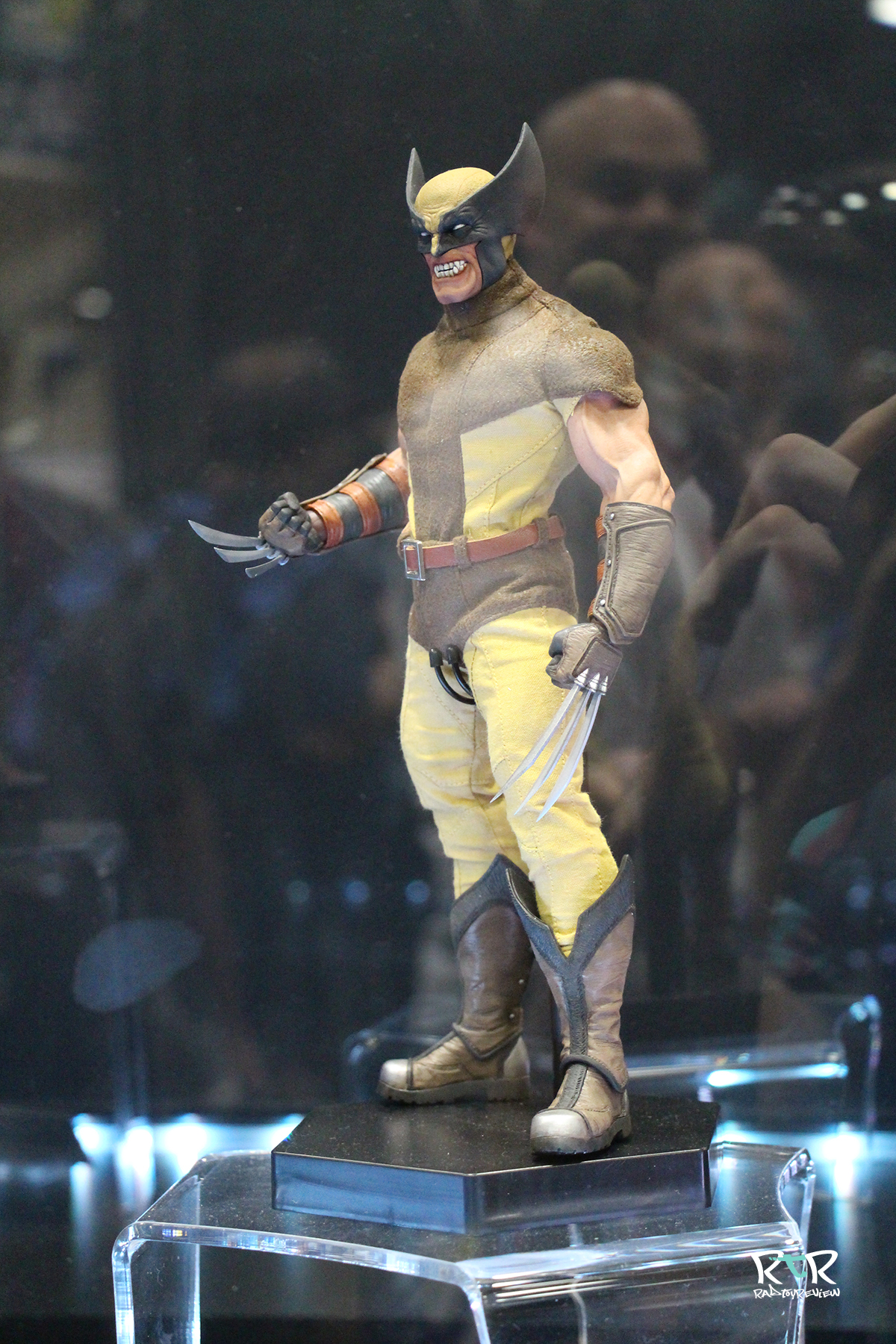 One of the bigger surprises was seeing MEZCO’s new 6inch Batman/Dark Knight Return figures. They’re ripped straight from the pages of Frank Millar’s stellar comic. They’re absolutely fantastic looking. Expect to pay between $75-$95 when they drop. 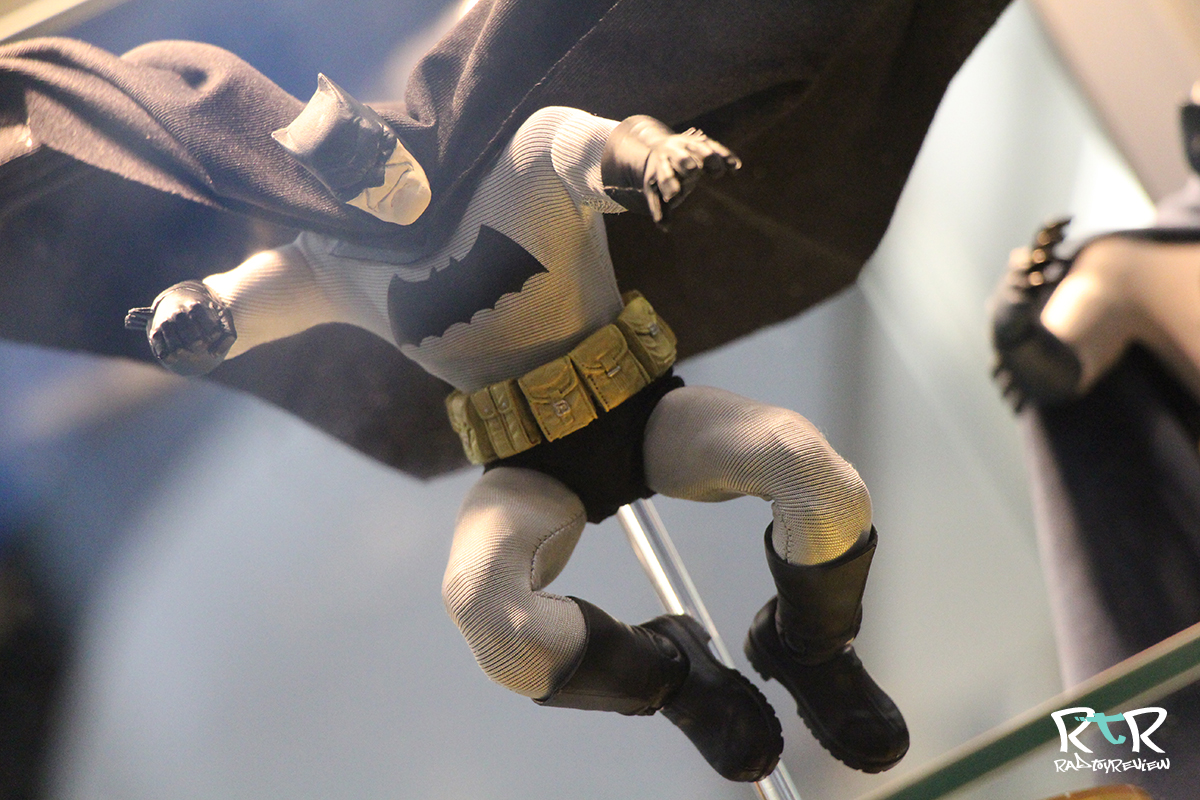 One figure that just knocked my socks off was ThreeZero’s upcoming Titanfall Atlas. Seriously, the details on this guy will murder your eyeballs. And the pilot? Oh buddy.. I want a squad of them! 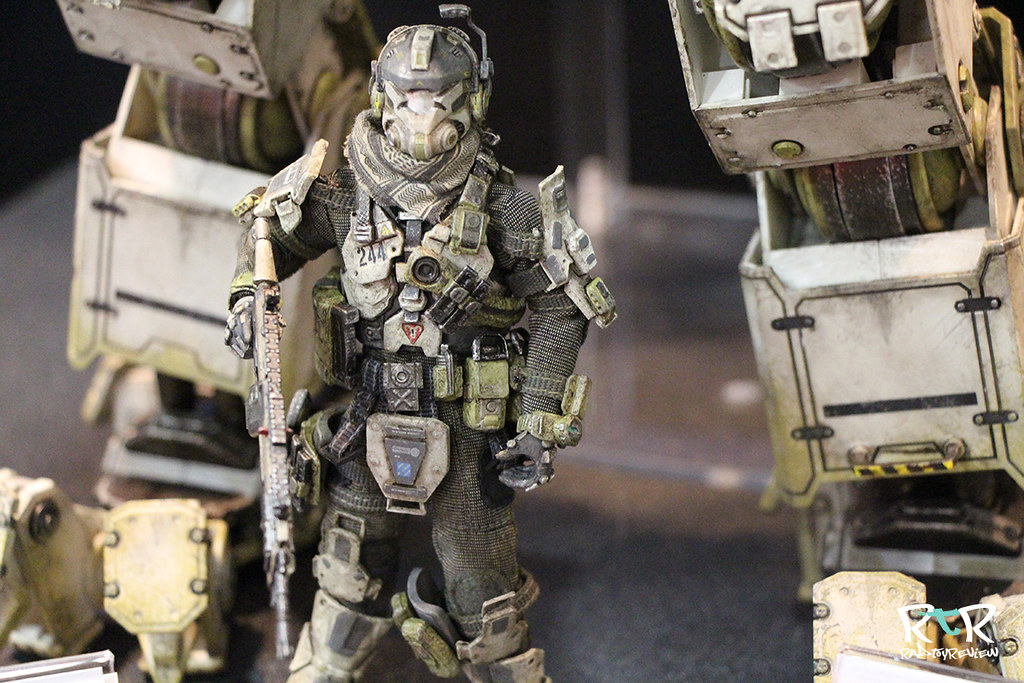 I always love checking out the new figures from Four Horsemen.. they had their Gothitropolis figures on full display as well as an all new fantasy themed line Mythic Legends, that pulled me in like a tractor beam. I’m looking forward to supporting their next kickstarter! 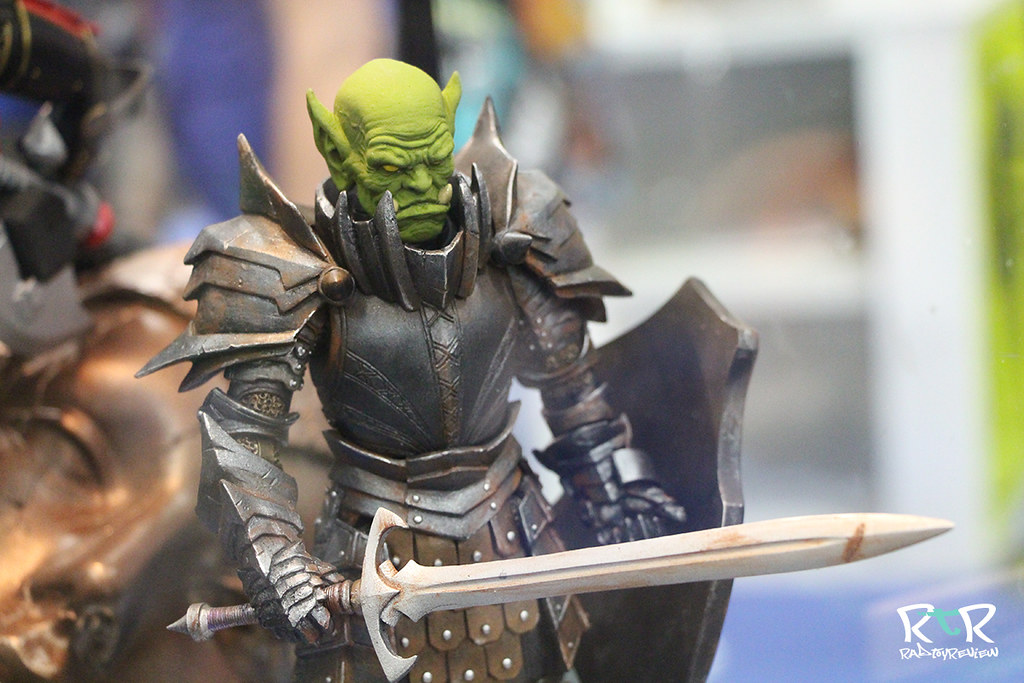 As for Cosplay, what can I say? It was endlessly entertaining to walk around the convention center floors and see who was dressed as what. It’s people watching on steroids. Funny, sexy, scary, amazing.. occasionally even brave.. just a few adjectives to I’d toss at this year’s lot.

Whether you think you’re into cosplay or not, it’s honestly one of the best things about SDCC. You just never know who you’re going to meet. It’s a blast running around the con, chatting people up, taking photos and engaging in all manner of silliness. This year I met some truly fun, kind and talented folks. 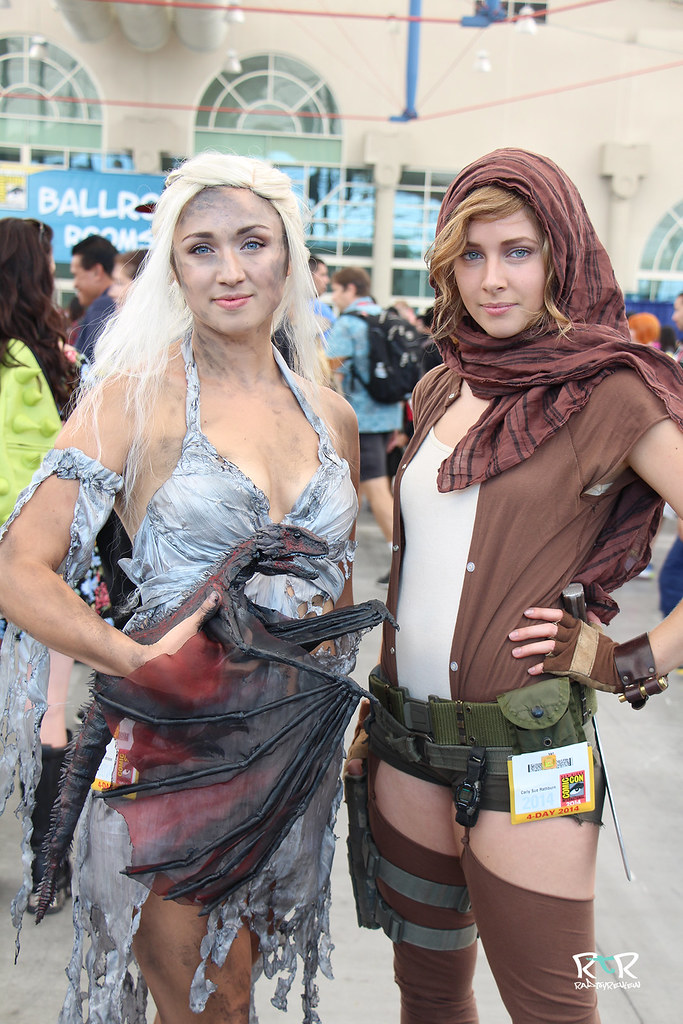 As it turns out, being devilishly handsome has it’s benefits. I was caught off guard a couple times when some of the regular (professional?) cosplayers remembered me from years past. That familiarity added another friendly layer to the con that I didn’t’ expect. 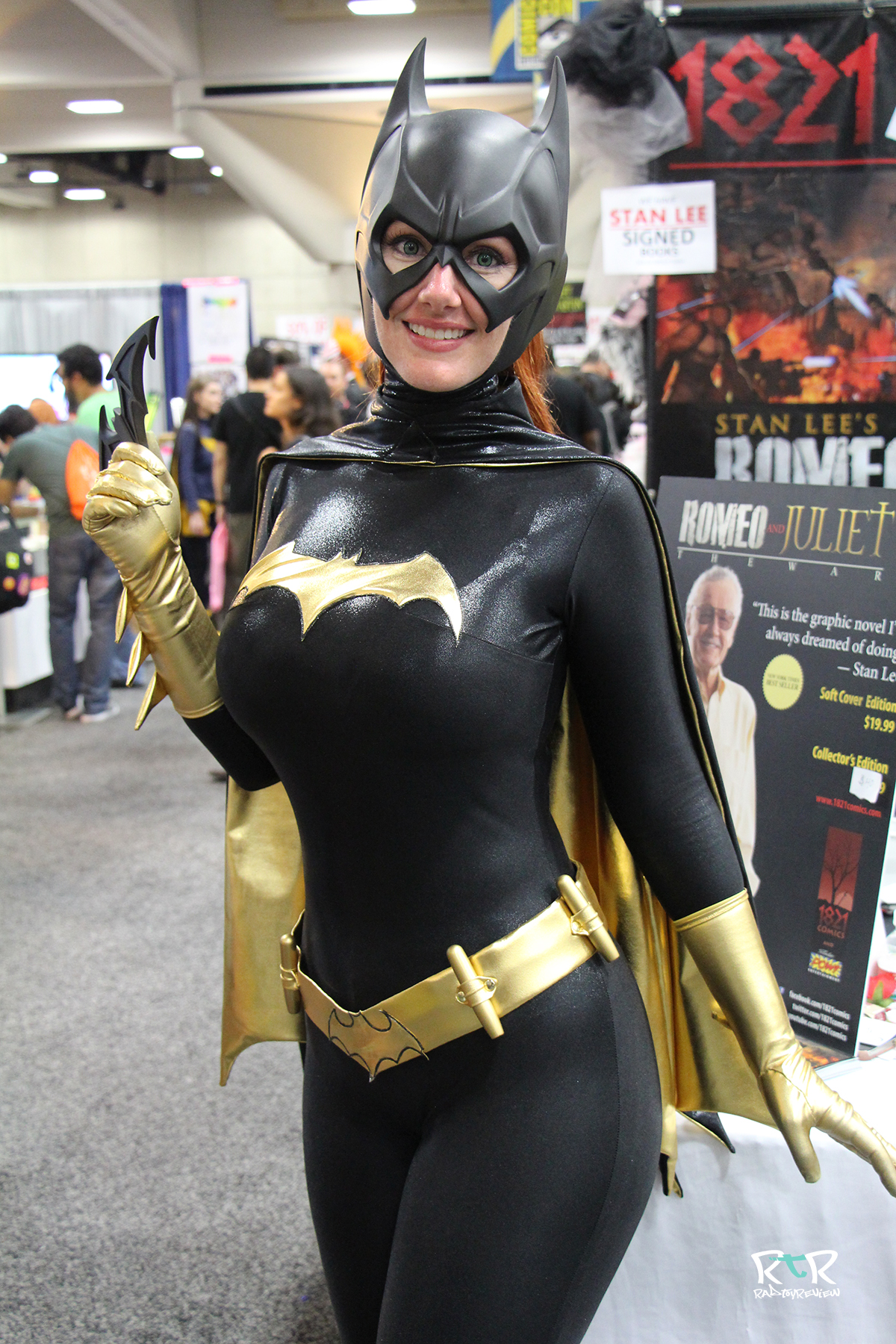 This year, I took almost 800 photographs and shot about 2 hours worth of video. So, to make things simple, we uploaded everything we had to our Flickr and Facebook pages. This way you can check out all the stuff we shot where you feel most-at-home. 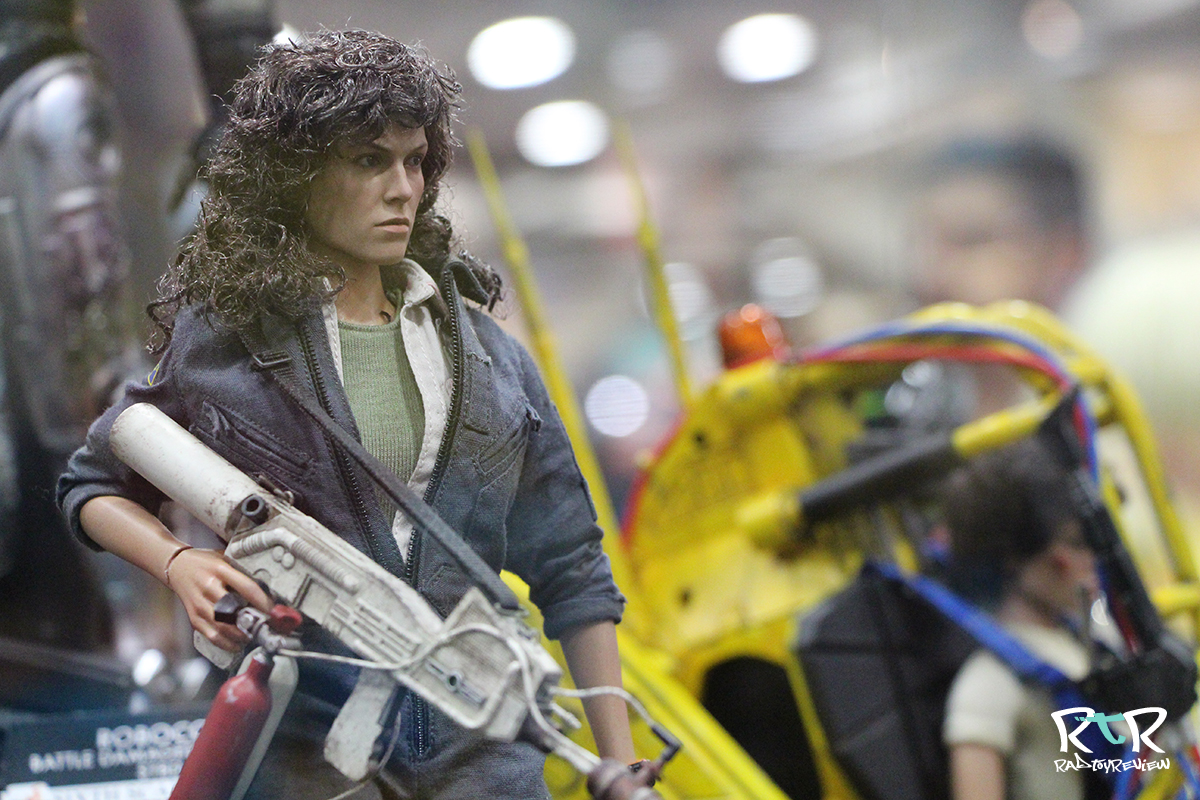 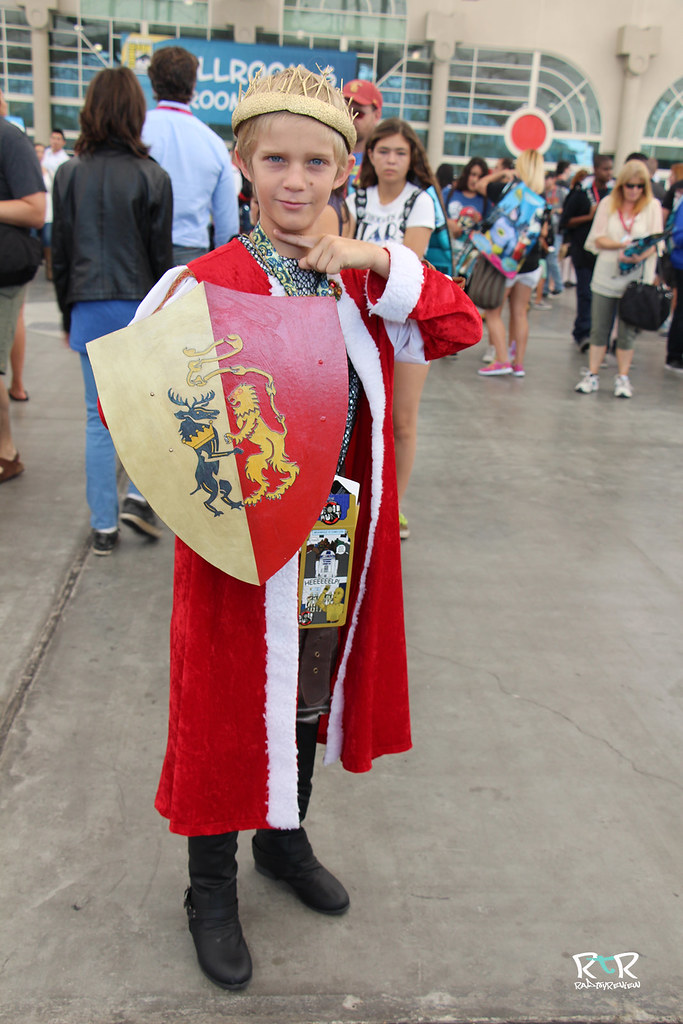 Time isn’t always on my side with my RtR posts, but I do have a couple videos I plan to edit together from the footage I shot at SDCC. I’ll update here and on RtR’s various social media outlets whenever/if ever.. those are ready to go. 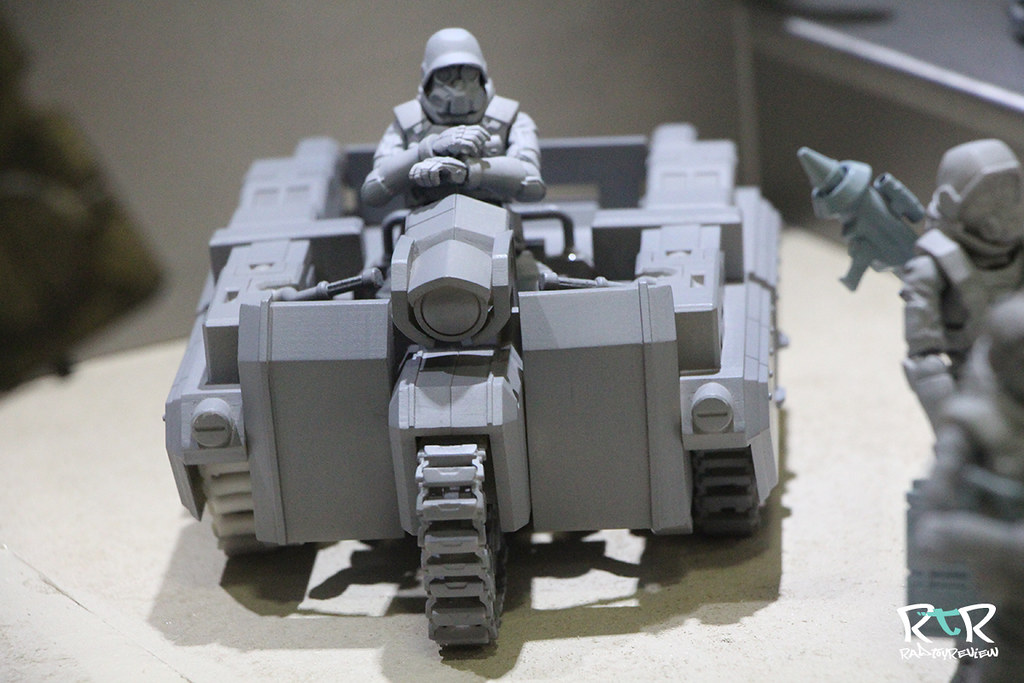 Thanks for swinging by, I hope you enjoy the photos and if you have any questions and/or comments, hit me up! 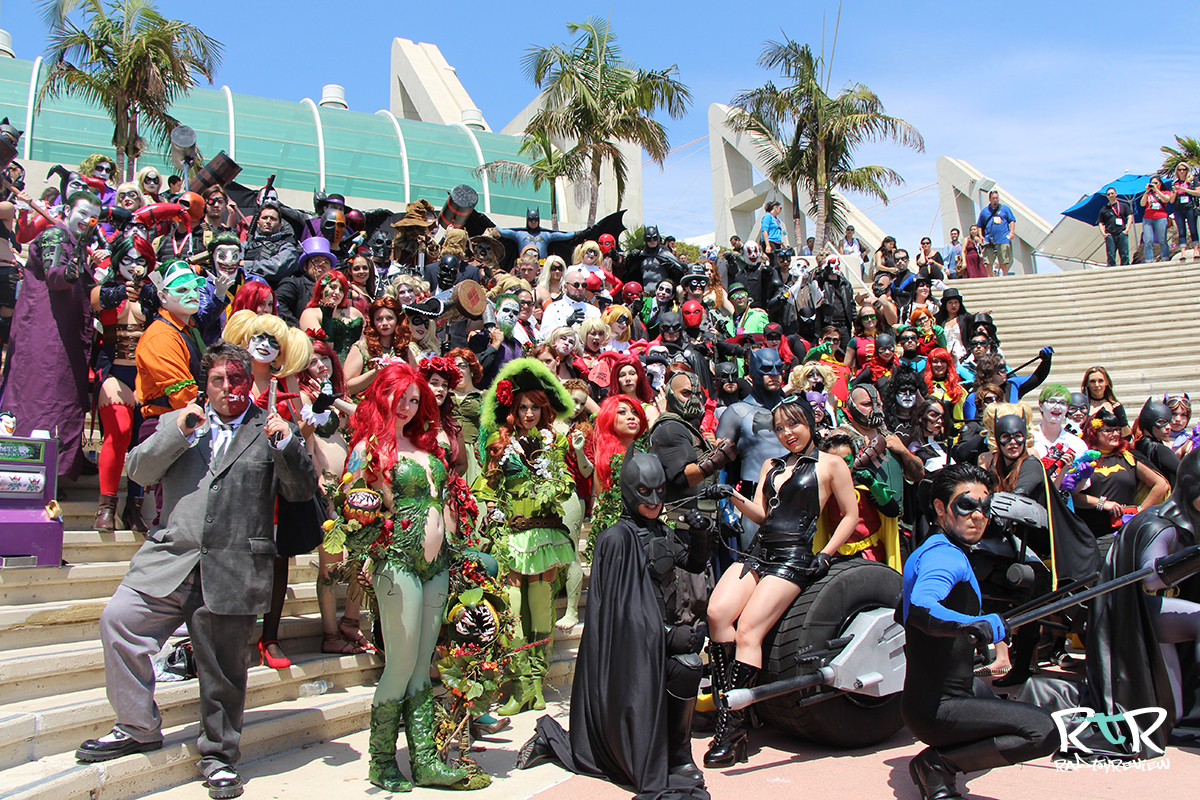