The great overlooked movie of 2012. Jack Black was underrated, then overrated, and now he is underrated again. This dude can act. It doesn’t hurt that Richard Linklater pulls the best performance of Matthew McConaughey’s career out of him, either. This story of a beloved local weirdo, who conned an entire small town in Texas, is the best movie of 2012 that you didn’t see. Check it out as soon as possible. It is hilarious and weird.

Speaking of weird, when did Will Ferrell get so ballsy as to make a movie like “Casa de mi Padre?” The fact that they play this one as straight as an arrow is what makes it so bizarrely funny. As a fan of comedy that doesn’t pander, I loved this movie. I would like to think that Andy Kaufman would have chosen projects like this one had he made it to an age where movies like this existed.

You have to see this movie in 3D. I could imagine that it would still be worth watching in two dimensions, but missing that glowing whale jumping out of the water would make it a little less awesome. The story is captivating, moving, and it makes you think. However, it is the visual aspect of this film that will blow your mind.

Aubrey Plaza and Mark Duplass are extremely loveable in this movie. This is the outcast love story of the year. Romantic comedies are rarely anywhere near this enjoyable or well made. The magical realism of this film may leave you scratching your head, but it will be worth not understanding.

Sci-fi action flicks are guilty pleasures. This one, however, is smart enough to elevate it to just a straight up pleasure. The cast is unbelievable. Emily Blunt is pretty much the best actress working lately and JGL and Bruce Willis just do what they do. Bruce Willis made all of the right moves this year (see number 5) and “Looper” is him at his best.

Wes Anderson is funny before all else. Like Woody Allen (another great comedic filmmaker) he has a consistent tone and approach that often serves as the best joke in the movie. This love story is the best movie that he has made since “Rushmore” and it is one of the best movies of the year.

Lauren Ambrose should be nominated for all of those acting awards. She should be, but she will not be. She serves as the emotional core in this incredibly sharp movie. Her performance is what keeps you focused and distracts you from the great jokes that pop up over and over again. This movie caught me by surprise and made me laugh a lot.

What can I say? There is still a part of me that is 11 years old, reading comic books in my parents’ basement. This movie spoke to that little boy and all other people who read (or currently read) comic books in their parents’ basements and it spoke in the most spectacular fashion. It was loud, goofy, and over the top, but there is a lot of room on this big blue marble for being loud, goofy, and over the top.

“This is 40” will probably go down as the most misunderstood movie of 2012. Judd Apatow is a master at the top of his game. “This is 40” may be the best, most nuanced, and accurate (for many people) portrayal of marriage ever set to film. Leslie Mann should be nominated for all of those awards too, but she will not be. He wrapped a lot of complicated emotions and thoughts into a joke fest and pulled it off. The reigning king of film comedy is Mr. Apatow, by a country mile.

Paul Thomas Anderson is not @#$%ing around. “The Master” is heavy. The performances in this film are as intense as Daniel Day Lewis’ in “There Will Be Blood.” The cinematography is striking and the story is haunting. This is an extremely twisted love story about two extremely twisted people. My theory is that the destructive love between Philip Seymour Hoffman and Joaquin Phoenix’s characters serve as a metaphor for the symbiotic relationships between the faithful and any given dogma. I may be completely off base with that theory, but that is what is so great about this movie and why it is my favorite movie of this year. This movie lends itself to theories like that. It sticks with you and it makes you think. That is what great movies should do.

My apologies to Mr. Lamar, Tame Impala, and especially Spiritualized. I haven’t heard your albums. – Miller 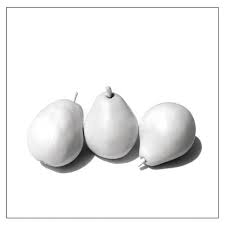 The Honky Tonk man returns with a little bit of help from his friends (including Beck). Dwight Yoakam has sold millions of records and has nothing left to prove yet he is still capable of great things. There are a few misses on this album, but the hits are worth the spins.

Lambchop isn’t for everyone. Oh, but we are the lucky ones who get to enjoy this great music. Kurt Wagner is always just a little bit off, whether it be his previous use of a Miss Piggy-esque falsetto, or his use of one creepy lyric at just the right time. He has a David Lynch way of taking traditional styles and making them just a little bit creepy. “Mr. M” is a mellow record and one that gets better every time around.

There are a lot of good songs on this album and each one sounds different than the last. “Swing Lo Magellan” will grab you and let you go and then grab you again, but when it ends you are left wanting more. The tone is often playful and sometimes just funny, but many of these songs have their heart on their sleeve without coming across as sentimental. Now we sit and eagerly await their next one.

Nas swings for the fences more than any other rapper of his generation. Sometimes that means that he misses the mark in dramatic fashion, but it also means that he hits more home runs than anybody else. Nas is a prolific lyricist who only has two peers left (Jay-Z and Snoop) who have been able to maintain a similar level of artistic success. “Life is Good” relies on skill without leaning on the futuristic beats that are in fashion these days. “Life is Good” is not Nas’ best, but it is better than most rappers could imagine.

Maybe being a weirdo traditionalist will eventually make Jack White’s music boring and derivative. Maybe one day he will make an album that disappoints even his most devoted fans, but from the sound of his first solo album it is beginning to look less and less likely. There are no stylistic shockers here, just a bunch of great songs filled with great riffs and interesting lyrics.

5. Fiona Apple – The Idler Wheel Is Wiser Than the Driver of the Screw and Whipping Cords Will Serve You More Than Ropes Will Ever Do

There are no singles on this album. “Hot Knife” is catchy and “Daredevil” has an interesting beat, but “The Idler Wheel…” is simply a collection of good songs that work well when played sequentially. This is not Fiona Apple’s flashiest album, but she has never been a flashy performer. She may be the one rock star from the nineties who makes great records 2 decades later because of that.

What can anyone say about The Boss that hasn’t been said? Bruce Springsteen never stopped making great albums. He never stopped writing great songs and he never considered slowing down. Maybe rocknroll is the best thing this country ever gave the world. Maybe when future generations and civilizations look back on us the way we ponder the Romans, The Boss will be our Cicero. Maybe not. If you love and understand rocknroll music then you love and understand The Boss and “Wrecking Ball” is another great album.

3. Flying Lotus – Until the Quiet Comes

Listening to “Until the Quiet Comes” will make you smarter. It goes great with a good book or serious contemplation. Like his great-uncle’s classic album “A Love Supreme,” his music is not going to go out of its way to make it easy on you. You have to think about Flying Lotus, and when you do you become a better person.

“Tramp” is a little bit emotional. Sharon Van Etten commits to a tone and a feel on this album that may have seemed like a gamble when she first wrote these songs. The fact that she hits the mark on nearly every track proves that she is incredibly skilled and knows exactly what she is doing. There are a lot of sad-bastard bands writing good music these days, but Sharon Van Etten may have them all beat.

Believe the hype. This album is all over the place. Sometimes it is silly (“Forrest Gump”), sometimes it is weird (“Pink Matter”), and sometimes it is maudlin (“Bad Religion”), but it grabs you all of the way through. When Frank Ocean made an announcement about his sexuality, that made it to the national news, it may have boosted the interest in his new album. The fact that it delivers on the hype is a testament to his skill. Even if the hype brought you to this album, by the time you hear “Thinkin’ ‘Bout You,” “Lost,” or Andre 3000’s verse on “Pink Matter,” you’ll be glad you decided to listen.